Code Accounting > Blog > Recent Changes in Tax Law: Restructuring of the Board of Equalization, New Tax Laws of 2017 Filing Seasons, and What to be Aware of in 2018 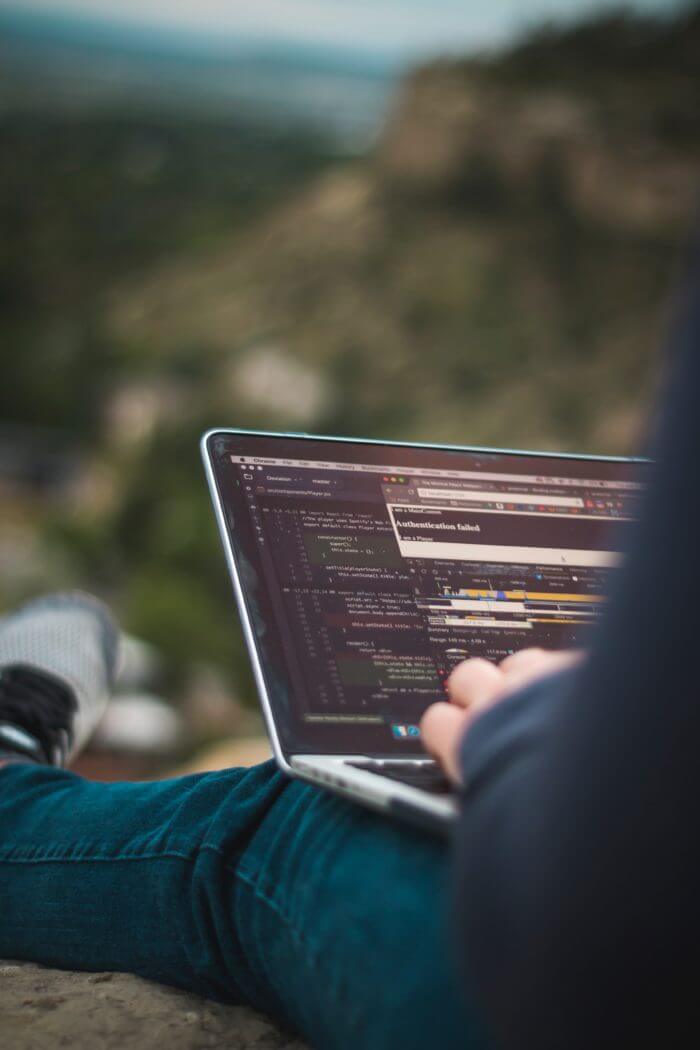 Recent Changes in Tax Law: Restructuring of the Board of Equalization, New Tax Laws of 2017 Filing Seasons, and What to be Aware of in 2018

If you have any questions about what you’ve read in this e-book, or would like to discuss your business’s tax preparation needs, feel free to contact Code Accounting for a timely consultation

To stay up to date on topics related to tax prepaation, bookkeeping, and other financial services, you can find Code Account on our social media platforms

Major Restructuring of the State Board of Equalization

What is the State Board of Equalization?

The State Board of Equalization is public agency in California in charge of tax administration and fee collection. It consists of five publicly elected board members who serve four-year terms, as well as 4,000 agency employees. It is the only tax agency in the country led by elected officials. The Board’s authority fell into four areas: sales and use taxes, property taxes, special taxes, and acting as an appellate body for franchise and income tax appeals. The board has also allocated a significant portion of its funds, about $3 million a year, to educational initiatives where elected members appeared before their constituents.

Issues with the Board

For decades, the board has been accused of mismanagement and inefficiencies that were costly to taxpayers. For example, a review found that the board misallocated money, $47.8 million, to the state general funds when it was supposed to go to other funds. The same review found also several other concerning examples of mismanagement from poor accounting allowing employees to get salary advances without management approval, to $1.6 million worth of receivable being outstanding for more than 60 days. An audit in March of 2017 prompted a criminal investigation of the Board of Equalization to determine if civil or criminal penalties will be filed against public officials.

In response to surmounting evidence of mismanagement and misallocation of funds, on June 27, 2017, Governor Jerry Brown signed legislation stripping the Board of Equalization of most of the powers it has had since its inception in 1879. While the Board will still remain in existence, many of the tasks it was once charged with will now be transferred to the newly created California Department of Tax and Fee Administration. Collection of sales will now be under the umbrella of the California Department of Tax and Fee Administration. The Board will also transfer its role of hearing taxpayer appeals to the new agency, and is now charged with the narrower task of setting rates for gas taxes, pipeline levies and making sure counties assess property taxes.

Ways this May Affect Your Business

While these changes are significant on a state level, you might not see many changes in your business management on the day-to-day. However, you want to be aware of the greater implications of these changes down the line.

The Board of Equalization will continue hearing appeals through the end of this year. Beginning January 1, 2018, cases will be heard by administrative law judges hired by the state. The Board will also continue to be in charge of collecting and handling appeals related to state-assess property taxes, alcohol taxes, and insurance taxes. The Department of Tax and Fee Administration has also advised that tax and fee payers “should continue to file and make payments to the Board according to their regular schedule using current processes and forms.” While they stated that there will be no changes to these processes at this time, “future changes will announced as they are determined.” They foresee no disruption in services.

The CFTDA has also advised permits will remain active, checks should be made out as they were before and account numbers will remain the same. Customer service lines will also remain the same and the same number will provide service in regards to both BOE and CFTDA duties: 1-800-400-7115, Monday through Friday, 8:00 a.m. to 5:00 p.m. (Pacific Time), excluding state holidays.

Things that Will Change

Once the administrative judges are placed in their jobs, taxpayers who want to contest their decisions will have to file lawsuits against the state in civil court, which is how most other states handle tax disputes. The Office of Tax Appeals, which has also been newly formed as of July 1, will be in charge of resolving most disputed tax bills. It is important to note that these administrative judges will be lawyers with expertise in tax law, which some parties have noted may make the appeals process more efficient and fair.

What You Need to Know

As mentioned, the California Department of Tax and Fee Administration has stated that they foresee no major changes in day-to-day operations and no interruptions to service. However, they have also noted that they will announce any changes as they arrive, and other parties have commented on the magnitude of the changes at the state level. These significant administrative changes may create unforeseen issues down the line that may warrant temporary interruptions in normal business dealings, so it’s important to check periodically on the CFTDA website to see if there are any announcements or changes.

It is also important to note that the ultimate goal of the restructuring is to make better use of public funds and to create a tax agency that is less prone to mistakes and letting things fall between the cracks. This can mean that where a need for an audit was missed before, it may now be discovered down the line. It’s important to continue to prioritize accurate bookkeeping to prevent the accusations of fraud. Even more importantly, make sure to have an accountant on your team that is staying in the know about any possible changes down the line with the restructuring and transition.

The 2017 filing seasons saw the following changes, among several others:

What it meant: Every taxpayer needs an identification number when filing taxes. In most cases this is an individual’s social security number, but those who are ineligible for a social security number are provided an ITIN number by the IRS. The law stipulates that if the ITIN number assigned is not used for three consecutive years in a row, than a new one will have to be issued for that individual to file taxes. Additionally, those who were issued their ITIN’s before 2013 will need to renew them in a staggering schedule between 2017 and 2020.

New law: Accelerated due dates for W-2s and 1099 forms

What it meant: You may have found yourself scrambling a litter this year to meet earlier deadlines. This is actually a provision of the Protecting Americans From Tax Hikes Act of 2015 (PATH Act), and the new due dates took place beginning in 2017. It was designed to get employer information to the IRS sooner to reduce fraud and tax theft. The PATH act also increased the penalty fees for filing late These are the new dates and fees:

To get even more technical, corporations whose tax year ends anytime in June are treated as if they ended on June 30, making their filing due date is 15th day of third month. C corporations with fiscal years ending on June 30, the new due date won’t apply until tax years beginning after Dec. 31, 2025.

What it Meant: This was a provision of the 21st Century Cares Act. Qualified small employers are not held to the same reform requirements and won’t face the excise tax that is levied on businesses that do not meet reform requirements. For the HRA to be exempt, it has to have less than 50 employees and doesn’t offer group healthcare on any of those employees, the employer’s HRA is provided to all eligible employees, it is funded only by the employer, it provides reimbursement for employees’ or employees’ family’s medical costs, the amount of payments and reimbursements did not exceed $4,950 ($10,000 if employees’ family members are reimbursed for medical costs).

Be aware of these changes in the upcoming tax season.

What it Means: This is pretty standard. Inflation this year was below the long-term average rate. At the lower end of the tax brackets, this will be about a $50 increase. At the highest bracket, this would be an increase of $3,550.

What It Means: Before, seniors could deduct medical expenses up to 7.5% of their adjusted gross income, an exception to the rest of the population whose threshold was 10%. That threshold exception no longer applies, and has been raised to 10%.

What it Means: An IRA is a savings account established for the specific purpose of preparing for retirement. Traditional IRA contributions are tax deductible while withdrawals in retirement are taxed at standard income tax rates. Roth IRA contributions are not eligible for tax breaks but in turn there is not tax charged on withdrawals and earnings. This change makes it so that the phase out range, which is the range in which deductions are reduced as you reach the income limit, is increased. This makes more people eligible for IRA tax benefits. The changed ranges are as follows:

Stay in the Know!

These are just some of the changes we’ve seen in the past couple of years in regards to tax laws and regulations. As new legislation comes down the pipeline, you can expect to see even more changes, from small technical formalities, to even major restructuring. Being unaware of these changes does not exempt business and individuals from possible, and often very costly, penalties levied against taxes that are filed incorrectly. In 2015, the IRS levied $4.5 billion in payroll tax penalties alone.

Many small businesses find that investing in an accountant to manage their records becomes an integral money and time saving initiative. A certified public accountant generally knows more about the fine details in tax law than the average person, and implements record keeping and planning techniques to optimize deductions and reduce tax costs for a business down the line. Most importantly, a big part of a CPA’s job is to ensure a business doesn’t become vulnerable to costly tax penalties.

Code Accounting provides services related to tax consulting, bookkeeping and financial planning to maximize your business’ potential. If you’re managing a business and want to learn more about leveraging the power of an accountant in your financial planning, feel free to reach out to us at (510) 706-2877.