Code Accounting > Legal , Taxes > How to Pay Taxes on a Lawsuit Settlement 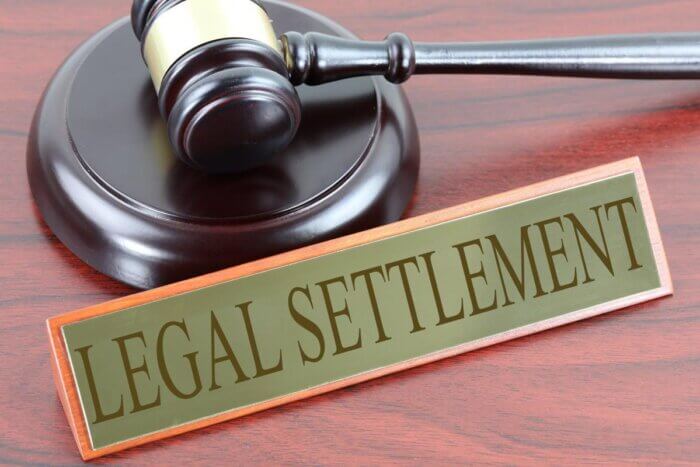 How to Pay Taxes on a Lawsuit Settlement

Many individuals who settle a lawsuit do not stop to consider that they may need to set aside part of their settlement to pay the federal tax that may be due on it. While a good attorney should let clients know there may be tax due on their settlement, they are not required to do so. Additionally, if the injured party is dealing directly with an insurance company, they may not even be represented by an attorney.

Unfortunately, determining the correct tax treatment of a settlement can be a complicated process that is based on the taxpayer’s injury and how the settlement is structured. Individuals receiving a lump-sum or structured settlement should consult with a tax professional about the tax consequences of the payment. If possible, the tax professional should be consulted while the arrangement is still being negotiated so it can be structured to provide the greatest possible tax savings.

As a general rule, all proceeds from the settlement of a lawsuit will be considered taxable income in the year it was received unless the settlement resolved a dispute over the plaintiff’s physical injuries. The IRS treats settlements received by a taxpayer in the same manner as amounts awarded by a court, so the following rules will also apply to a judgment in a lawsuit.

A Note on Attorney’s Fees

While the contingency fee arrangement usually results in the plaintiff taking home between 60% and 67% of the settlement amount, the IRS will treat the entire amount as having been received by the plaintiff for tax purposes. This means that if a plaintiff settling an employment law claim receives a taxable $100,000 settlement from her former employer, she will pay taxes on the entire $100,000 amount–despite the fact she paid $40,000 over to the attorney as a contingency fee.

If the entire amount received by the plaintiff is not taxable, then paying the attorney’s contingency fee will not impact the tax treatment of the settlement payment.

As a general rule, compensation for personal injury or sickness is not taxable as income. This even applies even when the matter is settled before the lawsuit has even been filed.

So long as the compensation is related to a personal injury, damages compensating the plaintiff for such things as medical bills, pain and suffering, and loss of consortium will not be taxable. In addition to payments for doctors and emergency care, payments to following types of medical professionals are typically not considered taxable:

However, if the taxpayer deducted medical care for the physical injury in a previous tax year, the portion of the settlement that covers those medical expenses are taxable in the year received. This is sometimes an issue because it is not uncommon for someone who has settled a personal injury claim to receive payment a year or more after the injury happened.

For example, a plaintiff received a $50,000 settlement in 2019 for a 2018 auto accident would not pay tax on the settlement amount: But if the taxpayer paid $20,000 in medical bills for injuries from the accident in 2018 and claimed a deduction for those payments in 2018, she will need to include $20,000 from her settlement in her taxable income for 2019.

Sometimes an individual will receive a settlement to compensate him or her for lost profits from a trade or business. In that case, the portion of the payment that is attributable to carrying on the trade or business is taxable business income and the amount included in the calculations of the self-employment tax due.

There is one limited exception to the rule that all emotional distress claims not resulting from a physical injury are taxable as income. In cases where the claimed emotional distress resulted in the plaintiff seeking medical treatment or suffering physical symptoms, damages in the amount of any necessary medical care will be tax-free.

Settlements to resolve disputes over the loss of property value that are less than the price paid for the property, minus any adjustments for wear and tear, (generally known as the “adjusted basis”) is not taxable and need not be reported to the IRS. However, any amount received that is greater than the adjusted basis will be considered income from capital gains.

Thus, if a plaintiff who suffered the total loss of a vehicle with an adjusted basis of $20,000 receives a settlement check for $25,000 from the driver of the at-fault vehicle as compensation, $5,000 of that amount would be considered a capital gain for the plaintiff.

While not common, settling plaintiffs sometimes receive payment for their punitive damage claims. These payments are considered taxable income by the IRS, even in cases where the punitive damages stemmed from an incident where the plaintiff suffered physical injury.

The Importance of the Settlement Agreement

The majority of legal disputes involve multiple issues relating to a single event or course of conduct. As a result, there is a good chance that the settlement will cover multiple categories of damage. Because of this, it is usually helpful for the plaintiff and defendant to agree on how the payment should be allocated and how each of those allocations will be treated for tax purposes. While there is no requirement the IRS accept the allocations of the parties, it usually follows them if they are reasonable.

The Tax Professionals at Code Accounting Can Help

Receiving a taxable settlement often boosts a taxpayer into a higher tax bracket and leave you with a higher-than-normal tax bill come April. If you are in the Bay Area and in the process of settling a lawsuit, the tax and accounting professionals at Code Accounting can assist you in drawing up a settlement agreement that will help minimize the federal you will need to pay. For taxpayers who have already received a settlement and are trying to reduce the tax they will need to pay on it, the professionals at Code can ensure that you comply with the necessary federal tax laws while paying the minimum possible tax.